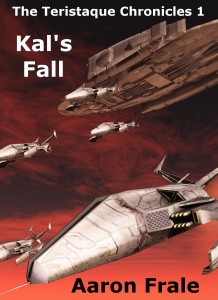 Discover the secret of Kal’s father.

“Why do I look different mother?” Kal’Da’Hak often asked her mother, and her mom would smile and tell Kal that she was blessed by Earth Mother. Kal never felt very blessed by the Earth Mother. Her bones had the strength of twigs compared to her Earth brother and sisters. She was a good length shorter and her torso was thin. When the village built a new home for the Te’Cek family after the river swallowed their home, Kal wove rope for the roof rather than lifted stone and wood. The young always did the heavy lifting, and Kal was believed to be too fragile so she wove with the elders. The worst part was that her skin was the lightest green ever to have been born. Most of her Earth brothers and sisters had vibrant green skin and with blue, orange, or silver hair. Her skin was light green and her hair was black. Kal looked like she was sick even though she felt fine. The oddest part was her eyes. They were deep blue like a clear lake. None of her people had blue eyes.

In the woods, Kal would lift stone and logs. While she could not lift as much as her Earth brothers and sisters, she still could lift without breaking her bones. The myth of her fragile bones came from various accidents in her youth. The children would use stone balls during sport. While the stone ball would bounce off her Earth brother and sisters with little bruising, the ball would shatter Kal’s ribs. Her fragile nature made her feel like an outsider of the village as she would always be stuck watching the activities or be given duties usually only reserved for the elders.

Her village and Earth brothers and sisters always treated her with respect. In fact she never felt unwelcome, or unwanted even though she felt alone. Everyone in the village looked out for one another, and Kal felt that she could never look out for them. A cart smashed the leg of one of her brethren, Wek’Ri’Ket, and Kal could not lift it. By the time she found a villager to lift the cart, Wek had lost a lot of blood and joined the ancestors with the Sky Father. No one blamed Kal or doubted her sincerity to help. Accidents were the will of the gods and not the blame of Kal’s birth. Despite the comforts from her fellow villagers, Kal felt guilty. Her “birth-blessing” was more of a curse. She would always be the weakest one of the village.

Kal also knew she was different beyond the constraints of her earthly form. Most of her Earth brother and sisters had fathers. She did not have a father. Her mom always told her that father had died in the Teristaque invasion. Kal’s father left the tribe to fight in the war while Kal grew in her mom’s belly. The Teristaques won the war, but left Kal’s village alone because they wanted Mother Earth’s metal, and Kal’s village had none. Despite never meeting a Teristaque, Kal imagined her father dying in a great battle and fighting to the last breath. She didn’t tell her family about her visions of war. Violence was abhorred by the tribe, and was only a last resort.

Aside from Kal’s fantasies, all that was left of her father was an insignia. It was a patch from his uniform. The patch featured a fierce bird swooping in an attack pose and strange lettering in a language no one in the tribe knew. Because the Teristaque’s were feared and hated by all, legend said that other tribes who lived in the stars followed the Teristaque fleet to Kal’s world and helped fight the invading force.

It wasn’t until her sixteenth season and her first real encounter with a star species that she would come closer to finding out the fate of her father.

Kal pushed against a giant felled tree. Most of her Earth brothers and sisters would have easily pushed the tree without much effort. Kal pushed with all of her might, and the log barely budged. She wanted to push the log down a hill. There was a pile of logs and rocks at the bottom of the hill that she had collected from the woods. Kal planned to build a cabin by herself. She collected a fair amount of building supplies and even snuck a few tools from the tool common.

Kal liked her trips into the woods, and no one seemed to notice she was missing. She was free to do what she wanted, and never was asked to perform the tasks of the elderly. Kal thought about never returning many times even though she started building the cabin as way to display her strength to the tribe. However, the cabin would never be finished if she couldn’t push the log down the hill. She had dragged the heavy log from a long distance only to get it stuck in a rut near the top of the hill.

She pushed, pulled, yanked, and even tried to dig the log out of the rut, but it was too heavy. The rollers she used to pull the log long distances would not work in the rut. For heavy objects, the tribe would put rollers on the ground then would push or pull the objects to their destination. For several people, the task was steady and always flowing. A few of the young would pull. An elderly or Kal would dart back and forth taking a roller from the back and put it in the front. For a single person, Kal would push the log, move the rollers, and push the log some more. It was slow, but Kal was determined. And now she was thwarted by a rut.

“You know, that’s easier with two people,” A voice said from behind.

Kal nearly jumped out of her skin. She had been alone in the forest every afternoon for almost three weeks and never saw a soul. Behind her was a star species! The being was strange looking. It had thin twiggy arms, and a small chest to match. It had tan skin and brown hair. Kal was a good six inches taller than it. The being was definitely one of the star species. Kal couldn’t help herself. She reached out to touch the thing to make sure that it was real.

“HU-MAN?”  The clunky word did not roll of her tongue. “You mean star species?”

“Right,” The HU-MAN looked down at a device on his arm, “The translator doesn’t have human. Call me Oliver.”

“Ah hell, just Sarge. The folks in the service days used to call me Sarge.”

“Thank god for small favors, a local who has half a brain. You couldn’t spare some of that jerky would ya? I’m mighty hungry, and I don’t know what’s good to eat or what will kill me on this planet.”