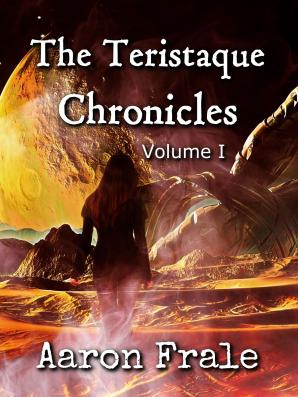 This year has been quite an adventure for my writing. Even though I just released a book last April, I’m going to release another one on July, 5th. The Teristaque Chronicles Volume I is a space adventure story in the vein of Star Trek. It’s up for pre-order now, so get your copy by following the link above. The book includes the first five short stories in one book, so it’s a great deal.

The Teristaque Chronicles is an ongoing writing project where I’ve been writing parts to a larger series in small novelettes rather than releasing a book. Eventually, each character in the series will have their own stories. Some advance the overall plot, others are just backstory to a particular character. Here’s a description of the first story:

Kal has always been considered too “fragile” to participate in the village activities. Her lithe stature seems to link her to her father, and distance her from everyone else. He left the village to fight in the Teristaque Wars and never returned. She meets Sarge, a strange star species of the human race who seems to know the secret of the patch from her father’s uniform. Kal has always known she is different than her fellow villagers, and finally she may be closer to finding out why.