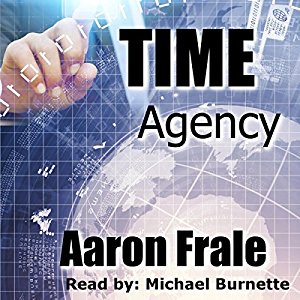 Time Agency is now on audiobook. The production value of this one is  an experience in itself. For anyone who has listened to any radio theatre, such as War of the Worlds, you’ll really like this one. In addition to crisp narration from Michael Burnette, there are sound effects, ambient noises, and all sorts of extras that made me almost forget that I was listening to a book. You don’t want to miss this one and can check it out here.

For all of those who’ve asked about sequels, for this book and for others. Yes, there are planned sequels for most of what I write. As far as the timing on the sequels (ie when you can read them), I can’t say. Right now, I write in the gaps of the day when I get a chance while working full time in addition to spending time with my family. So sequels are forthcoming, I can’t tell you when.

Finally, last and not very least. Othello and Zombies still needs nominations. If you have any friends or family that would like to get in on it. Now’s the time. The polls are closing. Oct. 8th to be precise.