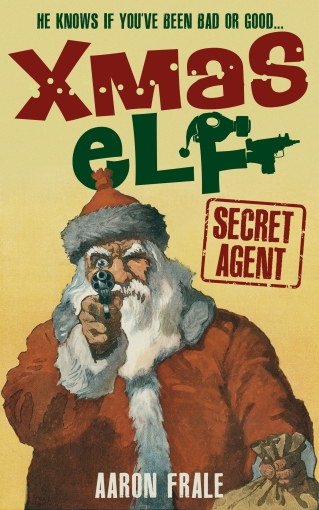 Get Xmas Elf: Secret Agent for 99 cents from now till 12/1/18 (US and UK only). That’s not all, Time Burrito will also only be 99 cents too! Why fight the holiday crowds when you can buy everyone you know a kooky Christmas caper for a buck? Amazon has a buy for others button. All you need is their email address. Here’s the description:

As one of Santa’s Elite Fixers, Jing spends most of his time waterboarding greedy toy manufacturers or responding to terrorists holding Rudolph for ransom. While not on the job, he relaxes in the North Pole, a paradise where he can forget all the killing and bloodshed and curl up to some Christmas music and hot cocoa.

Until a rogue group of elves betrays Santa and threatens what should have been a pleasant Christmas.

Every time a bell rings, an elf gets his Glock.

Note: Use discretion for children under 13. There is a bit of violence in the book (no worse then what you can read in the first chapter).

Watch out for the sounds of sleigh bells in the distance this holiday season,